Here's another item of mine that I've never seen anywhere else before.

I got this recording of Inside Out from a tape-trading friend back in the day. It has 7 tracks by Inside Out, all of which appear on the Cd version of their release on Revelation. 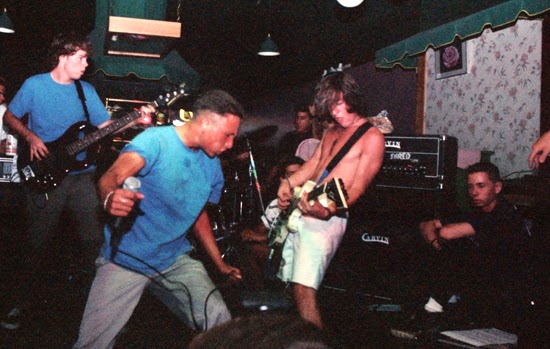 The track shere are a little rougher than the final release and there are two recordings of one of the tracks (Redemption).  The tape I received had these recordings down as a demo of No Spiriitual Surrender.  I never checked at the time but I reckon these are rough practice tracks in advance of the EP recording for Revelation. 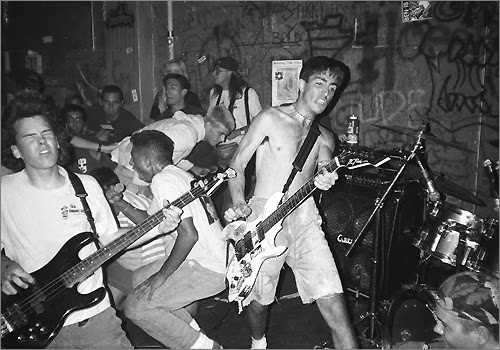 Here's some info on Inside Out from the Wikipedia entry for the band;

Inside Out existed from August 1988 to roughly fall of 1991, releasing a single 7" EP, No Spiritual Surrender, in 1990, on Revelation Records (later converted to six song CD). They played up and down the West Coast and even toured the East Coast once before their breakup in 1991. They had written material for a second record, to be titled "Rage Against the Machine" (whence the name for de la Rocha's next band came), but the band broke up shortly after their guitarist, Vic DiCara, left the band to become a Hare Krishna monk. Inside Out performed on California radio station KXLU, showcasing a number of new songs including the song "Rage Against the Machine", which had become a staple in their recent live sets.
Some of their songs focus on issues in society and in the USA (Redemption, Burning Fight) and some are personal to members of the band (Sacrifice, By a Thread). Many of their songs themes are spiritual, but not necessarily religious.